Home
blog
All You Need to Know About Vape Pen

Buying a vape pen can become an overwhelming task; the reason being there is not enough information regarding vape pens among the people.

Most people are usually dependent on the information that is being fed to them by the supplier, and that information is not enough in any way. There are a lot of things that a person needs to know, understand, and consider before he decides to buy a vape pen.

This post contains detailed information on vape pens and everything that is needed to be known about them before buying.

What is a vape pen?

Before reaching the complexities about the topic, let us first clear out the basics of it. So, what is a vape pen? Many people have no idea about it and only know what they have “heard” from their friends or colleagues.

Moving ahead, a vaporizer pen is a small tank which is usually heated by a power source to produce vapor. They get the name from their shape, which is cylindrical and are compact, almost like a pen.

Vape pens are usually rechargeable and battery operated, and they have been in the market since 2010. Initially, the battery life and running capacity of these vape pens were very less, but with the increased market demand, they were improvised with time.

What are the different types of vape pens?

Marketing techniques include launching different types of products for the same audience. The scenario was no different in case vape pens. After the initial fame, vape pens with a lot of so-called features were launched.

Some of these were battery operated, while some were manual (the vape pens which got activated once a person starts inhaling). These manual vape pens had sensors that sensed pressure changing and got activated immediately. Some were also launched with the feature known as a power regulator. In which one can regulate how strong the hit would be.

When talking about vape pens, it in itself is nothing but a power source. As far as safety is concerned, it depends upon several factors like, what is the oil or juice filled in the vape tank, how big the oil is, how is this oil or juice prepared and how much a person uses this vape pen.

All of these factors indicate one thing which is when used in moderation; there is nothing wrong about vape pens. This is also true about almost everything, so it is safe to suggest that yes, vape pens are indeed safe.

There are a few things that need to be taken care of before the first vape session. All of them are listed below along with the vape pen guide. These steps need to be followed accurately for the vape session to be perfect.

After this, then power can be increased after every vape until a perfect blend of taste and vapors is reached. On reaching this point, the reading on the power regulator can be noted down for future reference. This setting is known as the sweet spot.

Many people usually make the mistake of trying to charge vape pens from their phone’s charger, but that is not recommended at all. The reason is that its max charge velocity will be way more than what a vape pen can handle and it will definitely fry the battery and even cause a fire. 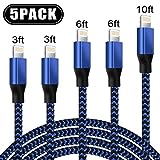